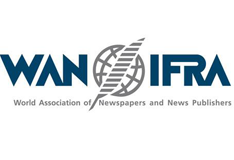 Dmitry Firtash’s Group DF will sponsor the 64th World Newspaper Congress and 19th World Editors Forum to take place on September 2 – 5, 2012 in Kiev. These events are expected to be attended by over 1000 owners, executives and editors-in-chief of printed media and information agencies from over 100 countries of the world.

Mr. Firtash, Head of the Board of Directors and President of the Federation of Employers of Ukraine commented on the upcoming events pointing out that Ukraine must use every opportunity to increase its presence in the global information space.

“Ukraine is the largest state in Europe standing very strong in international markets and therefore bound to be decently positioned in the European and global public and political life. We want Europeans, the whole international community to know more about Ukraine, its capacity, economy, history and culture. It is vital to develop this knowledge in the single information space era,” stressed Mr. Firtash.

Ms. Anna Bezliudnaya, Group DF’s Director for External Relations and Communications, and the FEU Vice-President, noted: “Information today erases borders between nations and all of us are citizens of the shared information world. Mass media’s role in advancing this world is really pivotal. The World Newspaper Congress and the World Editors Forum to be hosted by Kiev will make Ukraine better recognized and influential in the global information environment.”

The World Association of Newspapers and News Publishers (WAN-IFRA) unites over 18000 editions, 15000 information web-resources and 3000 publishing companies in more than 120 countries across 5 continents. Originally, the Association, representing interests of printed media was founded in 1948.

WAN-IFRA’s major objective is advocacy and promotion of freedom of press and economic independence of newspapers as a key precondition for such freedom, as well as fostering professional media networking.

WAN-IFRA is an official printed media advisor to UNESCO, UN and the Council of Europe.

The General Information Partner to the Congress and Forum will be UMH Group; the official host of the events will be WAN 2012 – the Ukrainian Association of Periodicals Editors (UAPE); the UAPE’s Official Communication Partner is the Ukrainian Media Development Institute.

Media To Foster Economic Growth of Their Countries, Say Delegates of the World Press Congress

Media must play an essential role in their countries’ efforts towards curbing the economic crisis and ensuring their economic growth. This was a keynote message voiced by many speakers at the 19th World Editors Forum and the 64th World Press...

Group DF To Be General Sponsor Of World Newspaper Congress

Mr. Firtash, Head of the Board of Directors and President of the Federation of Employers of Ukraine commented on the upcoming events pointing out that Ukraine must use every opportunity to increase its presence in the global information space