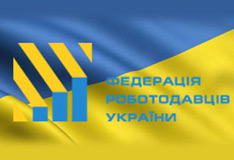 21 March 2013 Federation of Employers of Ukraine. Promotion of Enterprise

The Ukrainian business community is committed to putting in place a non-governmental system of support to small and medium enterprise. Finances for own business start or preferential loans for small enterprises development are provided by the special investment funds composed of contributions from successful businessmen.

The system of investment funds was initiated by President of the Federation of Employers of Ukraine Dmitry Firtash. According to the FEU estimates, if SME support funds are established in all regions, at least 1,000 projects will be financed and up to 30 thousand jobs will be created within 5 years to come in Ukraine.

“By establishing SME support funds we can address two issues: first of all, we will create new jobs, secondly, we will give a chance to young people with interesting and perspective ideas”, - said President of the Federation of Employers of Ukraine Dmitry Firtash in Zaporizhzhya during the meeting with heads and owners of over 200 largest and medium-sized enterprises and leadership of Zaporizhzhya Regional State Administration.

According to President of the FEU, in Europe within 10 years 85% of jobs have been created by small enterprises.

Small and medium business development is a vital issue for Ukraine. Technical progress doesn’t allow big industrial enterprises to create new jobs, and in contrast it leads to reduction of human participation in production processes. Unemployment rate can be cut only by SME development.

“We need a class of people who will be entrepreneurs at bottom, who will be creators. Country can be developed only by people who are long term thinkers, who do not afraid to do what employers do. Who is an employer? That is a man who takes responsibility not only for how to pay salaries today or pay taxes, but also for tomorrow. That’s why it is very important to develop entrepreneurship”, - said Dmitry Firtash.

“Thankstothefund small businesses can get preferential loans and avoid bankruptcy, and talented young guys can receive financing to start a business in Chernivtsi. This is a unique model for our country, and we extend this experience to other regions of Ukraine”, - said Dmitry Firtash.

The second fund to support small and medium-sized businesses named Polissya was opened by employers of Zhytomyr region last month. President of the FEU called Zaporizhzhya businessmen to create such a fund in Zaporizhzhya. “I believe that this is an important project for Zaporizhzhya, because there is a very high dependence on large enterpriseshere”, - said President of the FEU.