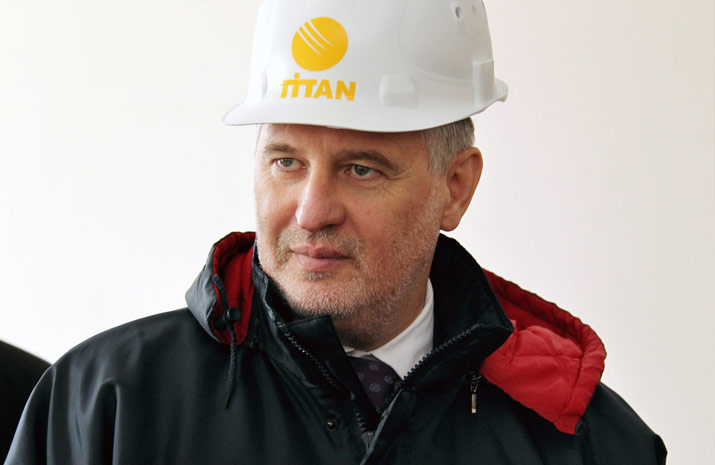 Ukraine may rank second in the titanium metal market worldwide, pledged Dmitry Firtash in his interview to “Expert-Ukraine” magazine.

“If we want to be a player in the titanium market, we have to keep our position strong. We are being respected already. Take my word for it: in some five years from now, we will rank second or third in the titanium metal and sponge market worldwide. And the conclusion is simple: one has to stand by his position,” said Mr. Firtash. He also told that during 8 years, foreign companies, politicians and business people had been struggling to terminate Ukraine’s titanium program implementation. “They didn’t need competition – all they needed was mining and processing compounds: direct access to raw materials (Volnogorsk and Irshansk MPC). We have fought two major wars over these 8 years which involved politicians and influential businessmen from other countries,” explained Dmitry Firtash. “MPCs [mining and processing compounds] are based in Ukraine, why give the control over them away to other countries?” asked he.

Mr. Firtash is sure that Ukraine’s success in the international titanium market is determined by how quickly the titanium holding is established: “I have no doubts whatsoever that the sooner we create the vertically integrated titanium holding the better it will be for Ukraine.”

The businessman predicts remarkable opportunities for Ukraine in the global titanium market. “Titanium is about space exploration, this is the world of today and tomorrow,” vows Mr. Firtash adding that in case of successful investments attraction, Zaporozhye Titanium and Magnesium Plant can raise the titanium sponge outputs 4.5 times – from the current 9 thousand up to 40 thousand tons a year. This would lead Ukraine to the second or third position in the world titanium producers rating.

According to Mr. Firtash, Krymskiy TITAN plant being Eastern Europe’s largest titanium dioxide producer may, upon the commissioning of a new sulfuric acid production facility, raise its output from the current 108 thousand to 120 thousand tons, while after another titanium dioxide plant is launched, its capacity will be more than doubled reaching the total of 240 thousand tons a year.

Mr. Firtash stressed that the capacity of the public company Sumykhimprom has a potential of a quadruple increase – from the current 40 thousand up to 160 thousand tons a year. “If the production is increased, Ukraine will double its share and will account for 6-8 percent of the world titanium dioxide market!” Mr. Firtash pledged.