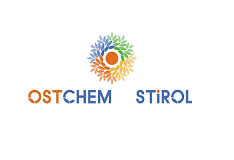 Patronage of the hospital is part of the Preserve Your City program initiated by Dmitry Firtash, the Chairman of the Group DF Supervisory Council. Sergey Pavlyuchuk, the Chairman of the Stirol Board, noted that health was a main human value, so healthcare was a priority for enterprise’s assistance to the city.

“The enterprise’s annual budget of healthcare projects for employees exceeds 3 million hryvnias. The equipment handed by Stirol is the most modern technics. Not all regional or even Kiev hospitals can boast of such equipment”, said Sergey Pavlyuchuk.

The Chief physician of the hospital  #2 Tamara Shapovalova said that the enterprise was helping medical workers not for the first time. Stirol has been assisting Gorlovka medical establishments for many years.

“It is a great success that there is such a socially responsible enterprise in Gorlovka as Stirol.  Earlier the concern helped to renovate nephrological and urological departments, reception hall, repaired hospital roof, and bought modern equipment”, said the chief doctor of the hospital.

Concern Stirol assists many medical establishments of Gorlovka. Over the past two years there have been a number of projects, such as renovation of departments in the city hospital #1, reconstruction of preoperative rooms in the oncologic dispensary, purchase of a portable electrocardiograph to the Center for primary health care #3, and provision of computer equipment to the ambulance station. Also the enterprise assisted the burn unit of the V.K. Husak Institute of Emergency and Reconstructive Surgery (Donetsk).

In addition, a new medical unit was opened in Stirol this year. This unit possesses the most modern equipment providing a wide range of medical services for employees and their relatives.