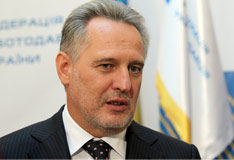 26 September 2012 Federation of Employers of Ukraine. Promotion of Enterprise

State Procurements Must Be Subject to Preferences, Says Dmitry Firtash

The Federation of Employers of Ukraine has calculated that Ukraine may cut its imports thereby saving up to 12 bn UAH a year as long as the state procurements treat domestic production on a preferential basis.
Speaking at the Federation’s Board meeting, Mr. Dmitry Firtash, the FEU President, shared his conviction that the country’s economy may be genuinely enhanced if state authorities and public companies stop importing the products which are available in the Ukrainian markets.
“Ukraine may cut imports for at least 8-12 bn hryvnias if acquisitions at the public expense or by publicly-owned enterprises apply preferences to Ukrainian companies’ products,” argued Mr. Firtash.
He further suggested that Ukraine should examine the experience of the EU and the US where preferential treatment of acquisitions from national producers is provided legislatively. According to the European Commission’s report on trade limitations, in the US as little as 32 % of the total of international acquisitions are provided for the governmental acquisitions while in Japan this index is 28 %.
“At present, the EU, Russia, China, the US, India apply the system of preferences to domestic suppliers in performing their governmental acquisitions restricting the access for foreign companies. Ukraine should carefully examine their experience and create conditions which would incentivize national companies to participate in state procurement procedures,” said Mr. Firtash.
According to the EC report, Ukraine at this time applies no limitations to the participation of foreign suppliers while, for instance, China imposes 7 restrictions, Brazil and Indonesia – 6, Russia – 4, Kazakhstan – 3, etc. Such restrictions predominantly refer to acquisitions of hi-tech products, machine building and health care-related articles. By this token, the developing countries use the state acquisitions as a tool of stimulating domestic hi-tech products manufacturers and fostering the industry development in the country.
The FEU President also believes that channeling additional financial resources into Ukraine’s economy will boost its growth and contribute into jobs creation.
“By buying imported products Ukraine supports economy and employment in other countries instead of supporting its own enterprise and its own people,” maintained Mr. Firtash.
Dmitry Firtash also noted that soon enough the FEU will propose to the government that a joint meeting involving all stakeholders in devising mechanisms of Ukrainian companies participation stimulation be convened at the shortest convenience.