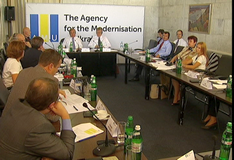 14 July 2015 Federation of Employers of Ukraine

"It is needed a lot of reform steps, multi-faceted outreach and, last but not least, a lot of time to bring the Constitution and the constitutional jurisdiction of Ukraine to the EU standards", said Otto Depenheuer.

Mr. Dmitry Firtash, the initiator of the creation of the Agency for the Modernization, is sure that adaptation of the basic law of Ukraine to modern realities is an AMU’s priority and independence of the courts will ensure the rule of law in Ukraine.

"Ukraine needs modernization, but the country has not carried out reforms – in the end, people suffer, business suffers, everybody suffers. We need to solve the problems accumulated during 23 years. It concerns constitutional reforms, economic reforms, it is a long way we have to work up", said Dmitry Firtash, the President of the Federation of Employers of Ukraine.

Otto Depenheuer, the Head of the Constitutional reform workstream in the Agency for the Modernization, noted that only judicial independence could grow the rule of law and citizens' confidence and then stabilize and legitimize political power. That is why the task of all projects in the field of constitutional reform in Ukraine should be to strengthen the confidence of citizens in the state and authorities.

"On the one hand, the Ukrainians are characterized by patriotism, on the other – by a widespread distrust of law and the state, because of total and pervasive corruption", said Otto Depenheuer.

As an example, Otto Depenheuer named constitutional complaints from individual citizens as a main measure to restore confidence in the state. "By providing this opportunity, the state allows, and therefore guarantees the possibility of legal defense against itself. Thus, the state ensures that its citizens will be able to challenge the illegality of certain decisions in state courts".

A series of roundtables held by the Agency for the Modernization carried out in Ukraine with the participation of non-governmental organizations and citizens of Ukraine should unite experience of Ukrainian and foreign politicians, employers and unions.

"We listen, we want to understand and learn. The results will be reverberated in the Program of modernization of Ukraine, which will be presented to Ukrainian and Western European public in the autumn of 2015", said Michael Spindelegger, the AMU President.

The next round table discussion on rule of law under the leadership of Lord Ken Macdonald will be held in Kiev, July 22, 2015.

The Agency for the Modernization of Ukraine is a non-governmental organization headquartered in Vienna. The AMU has united prominent politicians, scientists and experts from the European Union, which together with the Ukrainian civil society work to find solutions for the future of Ukraine. The purpose of the AMU is an economic support for Ukraine. 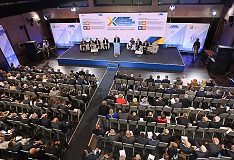 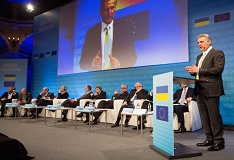 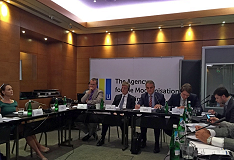 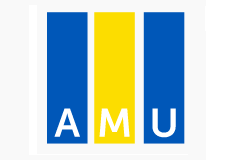