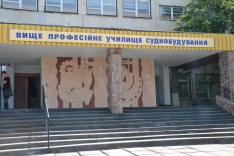 The support to shipbuilding college is provided as part of the corporate social responsibility of Group DF and its enterprises that covers education, ecology, development of regions and promotion of Ukraine’s image abroad.

“We decided to support the college, alma mater for Mykolaiv, the shipbuilders’ city”, told Oleksandr Gaidu. “As of today, we have already repaired 800 m2 of the college building’s roofing, and plan to purchase new windows by the beginning of the academic year”.

According to him, the enterprise has spent about UAH 120 thousand on the roof overhauling.

In 2013, Mykolaiv Higher Shipbuilding College will mark its 60th anniversary. The college has educated 13 thousand young specialists who work for various enterprises in Ukraine, including Nika-Tera seaport”.

“Now the learning environment of our students will be more comfortable. We are pleased that Group DF enterprises are interested in the development of the cities of their presence, and Mykolaiv is not an exception in this respect”, shared Yuri Glazachev, Director of VPUS.

“Our demand for personnel will be growing, that is why we agreed with the college administration that they will train for us such specialists as electricians, electric welders, and crane operators. We will offer internships for students, and then select the best ones”, said O.Gaidu.

SSP Nika Tera, LLC is an advanced and highly mechanized port which is a part of OSTCHEM holding. Investments in Nika Tera began following its acquisition by Dmitry Firtash.

Nika-Tera Seaport became active in supporting Mykolaiv city and region since its consolidation into Group DF. The port renders systematic support to Mykolaiv within the framework of partnership agreements signed with Mykolaiv regional administration and Mykolaiv city council during 2012-2013. 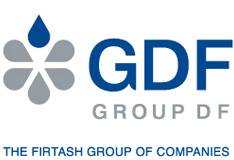