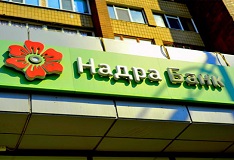 In 2013, Nadra Bank invested over UAH 10 billion in the real sector of Ukraine’s economy. The bank has funded key domestic companies including distributors of agricultural, automotive and special vehicles; producers and suppliers of transport machine building and railway transport; local traders of foodstuffs, agricultural products and fertilizers, oil derivatives, liqueurs and spirits, and many others.

According to Tatiana Kononova, Nadra Bank Corporate Business Director, the combined credit portfolio of Nadra Bank’s corporate customers has grown by 106% in 2013.

“In 2013, Nadra Bank supported the real sector of economy not only in terms of current accounts, transfers and deposits, but also as an investor”, explained Tatiana Kononova, Nadra Bank Corporate Business Director. “We financed a number of large-scale and very important projects in various sectors of economy in 2013, and we are aware of the strategic importance of such capital investments for Ukraine’s economic development”.

According to Tatiana Kononova, the bank aims to further increase its investments in the real sector of Ukraine’s economy. Nadra Bank’s plan for 2014 is to keep at least the same levels of growth in the bank’s corporate credit portfolio as in 2013.