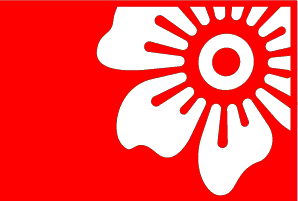 As part of the capitalization program Nadra Bank has taken out a subordinated loan of  UAH700 million; UAH 300 million the bank has already received on its account. The Chairman of the Group DF Supervisory Council Dmitry Firtash said that another UAH 400 million would be received soon. The loan was granted for seven years.

The Group DF owner said that Nadra Bank was operating stable. “Nadra Bank is based on the real economy - the enterprises in which you work, and dozens of other equally powerful enterprises. This is a constant turnover of money. So I do not see any problems in the bank”, said Dmitry Firtash.

In financial institution stressed that a higher capitalization level was a guarantee of stable and reliable operation of the bank, as well as an assurance of full development of strategic and investment programs for Nadra Bank customers and partners. Thus, after completion of subordinated debt registration in the NBU, the bank 's regulatory capital will exceed UAH 5.3 billion. Additional investment in capital will allow the bank increasing margin and creating a solid foundation for further development.

“As one of the largest banks in the country, today Nadra Bank  has adequate liquidity and financial stability that allows fully and timely meeting its obligations to more than 800,000 retail and more than 25,000 corporate customers”, said the Chairman of Nadra Bank Dmitry Zinkov.

Furthermore Dmitry Zinkov noted that funds raised in 2014 would help Nadra  Bank to continue actively developing existing credit programs for agro-industrial enterprises of Ukraine and significantly increase the share of agricultural loans in the loan portfolio of the financial institution.