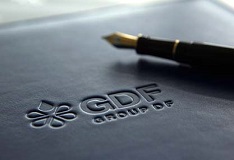 Mezhyrichensk Mining and Construction Complex, part of Dmitry Firtash’s Group DF, issued a record number of products. Large-scale modernization of the Group's entities has allowed increasing production volumes. In 2015, Mezhyrichensk MCC produced 158.9 thousand tons of ilmenite concentrate, which is 9.6% more than in 2014.

Mezhyrichensk MCC manages to successfully market its products. Sales volumes of finished products rose from 145.01 to 155.5 thousand tons (in monetary terms it has grown by 31.1% – from UAH 178.5 to 234.07 million). In 2015, the company paid UAH 42.9 million taxes. Mezhyrichensk MCC remains one of the core enterprises in the Irshansk village in Zhytomyr region.

“Investments do not just allow to increase the production volumes and make the mining companies competitive, but what is very important for the regions of presence – they contribute to the new jobs creation. For example, during the year we have increased the number of staff on 32% – from 292 to 387 people. Given the complex social and economic situation in the country, as well as the negative dynamics of the titanium market, we have not only maintained but also increased the production and sale of finished products”, said Ivan Bondar, Mezhyrichensk MCC director.