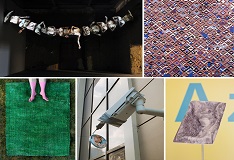 Firtash Foundation, the foundation of Dmitry and Lada Firtash, announced the finalists for UK/RAINE, the first open competition worth GB£75,000 for emerging artists from the UK and Ukraine as part of the Days of Ukraine in the UK festival.

The competition received over 10,000 entries by 2,100 artists and the 30 finalists chosen from each of the five categories (installation, new media, painting, sculpture and street art) will exhibit their work in a month-long exhibition over one entire floor of the Saatchi Gallery from 24th November 2015 – 3rd January 2016.

The works of all 30 finalists can be viewed here: www.saatchigallery.com/uk/raine

As well as the above shortlist, a winner from each of the categories and an overall winner of the competition will be selected by a panel of renowned international judges including: Johnson Chang - Co-founder Asia Art Archive, curator and Guest Professor of China Academy of Art (Hangzhou, China); Nigel Hurst - Saatchi Gallery CEO; Nick Mitzevich - Director, Art Gallery of South Australia, Adelaide; Prof. Dr. Apinan Poshyananda - Permanent Secretary, Ministry of Culture, Thailand; Oleksandr Soloviov - Ukrainian author and curator.

Each of the category winners will receive GB£10,000 with the overall winner of the prize receiving a further GB£20,000. There will also be a winner of a separate public vote who will receive GB£5,000 for production costs towards their work, project or exhibition in order to support their future artistic endeavours.

All winners will be announced at the exhibition’s launch and VIP private view in London on 23rd November 2015. 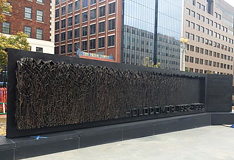