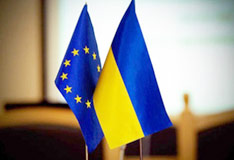 12 June 2012 Federation of Employers of Ukraine. Development of Ukraine

Speaking at a meeting with Rivne regional administration and business community representatives, Dmitry Firtash, President of the Federation of Employers of Ukraine pointed out that the government must identify the foreign policy vector with proper account for the corporate community’s stance. It is not until then that Ukraine will have a strong negotiation position in dealing with the EU and the Customs Union.

According to Mr. Firtash, Ukraine’s 2008 accession to the WTO was accomplished without consideration for interests of numerous domestic producers which resulted in a massive flood of cheap export while Ukrainian producers ended up ousted of their traditional markets. “We joined the WTO which seems to be a great thing to achieve. Politically, we acceded to the organization, however physically we surrendered all our markets. In other words, we effectively let everybody else into our markets for free whereas no one is willing to reciprocate,” commented Mr. Firtash.

He expressed his conviction that joining the WTO was the right thing to do but while doing so, the country’s and businesses’ interests had to have been properly protected. “We were never asked in 2008 about whether or not we want to join and if yes, on what conditions. On the other hand though, who of you had a clear idea about this matter back then?” inquired the FEU President. “We were galloping, rashly signing all the paper that had been laid on the table. Then we paused to take a breath and look around at what we had done, and quite a few had to sit down and count their damages.” The acquired experience must be relied on in the future approval of strategic decisions, claimed Mr. Firtash.

“Ukraine today is faced with multiple challenges. The world is getting globalized and this process is irreversible. On the one hand we have the EU and the Free Trade Agreement, on the other hand – the Customs Union also offering cooperation to Ukraine. Across the sea there’s Turkey and soon enough Ukraine may sign an FTA with this country,” reminded Mr. Firtash noting that the entrepreneurs must have and stand by their position: “What is the business’ position in these matters? We have to have a clear understanding of it and to be able to advocate our interests. We can’t afford making same mistakes which we made at the time of WTO accession.”

The FEU President is sure that the business’ concerted strong position will predetermine a strong position of the government in negotiations with the EU, Turkey and Customs Union. “This is precisely the reason why we are promoting the Federation. For us, this is a momentum to consolidate the entrepreneurs’ position. Some have investment projects, others have commercial interests, some may suggest ideas about fostering the industry or improving the business climate. The Federation may be an aggregator of these inputs coming up with a systemic initiative. Instead of being an individual opinion, it will be a universally shared stance. It will be a completely different level,” said Dmitry Firtash.