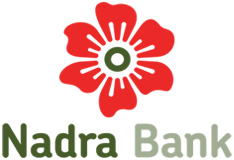 Mr. Dmitry Firtash, a prominent Ukrainian entrepreneur, has become a principal shareholder in Nadra Bank. On July 11, the Bank announced the completion of all mandatory procedures required for Centragas Holding GmbH, the company affiliated with Mr. Firtash, to become a legally competent shareholder of the financial institution.

At an earlier stage, Mr. Firtash tasked the Bank with achieving profitable operation by the end of 2011. “The margin will be quite impressive this year and all of it will be re-invested,” said Mr. Firtash.

The Joint-Stock Commercial Bank NADRA commenced its operation on 26 October 1993. At present, Nadra Bank is a universal commercial bank ranking within top-10 of Ukraine’s banking institutions. The Bank’s authorized fund is 3.9 billion UAH and its regional networks ranks 6th on the market. The Bank has 535 branches and subsidiaries, 1057 ATMs in 290 towns and cities of Ukraine. Beginning February 2009, the Bank was under the temporary administration.