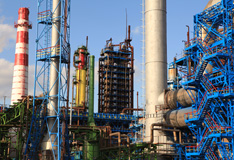 Dmitry Firtash’s chemical companies have started fertilizers shipments for Ukrainian agribusinesses at discounted prices. Starting from April and up until end of March, two thousand tons of ammonia nitrate a day will be being shipped on a daily basis.
Says Mr. Firtash: “In 2011, the companies offered an unprecedented discount – up to 20 percent while in recent years the fertilizers discount for Ukrainian agrarians has never exceeded the cap of 1.5 percent,” he emphasized.
Mr. Firtash also pointed out that prices to all kinds of grains are reaching new record peaks all across the globe. “An important competitive edge Ukrainian agrarians have now is lower prices to fertilizers. European prices to ammonia nitrate are these days $80/ton higher than in Ukraine, while in the US this excess is $100/ton”.
According to Mr. Firtash, the agreements reached with the Government of Ukraine have made it possible to address a number of challenges thereby enhancing Ukraine’s role in two segments at a time: on international agricultural produce markets and on nitrogen fertilizers markets. “The ongoing globalization and fierce competition make the protection of Ukrainian economic interests on international markets an objective of a paramount importance,” Mr. Firtash stressed.
The previously reached arrangements between Mr. Firtash’s chemical industries and the Government of Ukraine have fixed the mutually agreed schedule of nitrogen fertilizers shipments to the domestic market for the next three years. These arrangements have made it possible for agribusinesses to move from a season-driven to evenly apportioned workload of their production capacities which, in turn, affords a discount for Ukrainian agricultural producers. The domestic fertilizers market capacity is estimated to grow five-fold in 5 years to come.