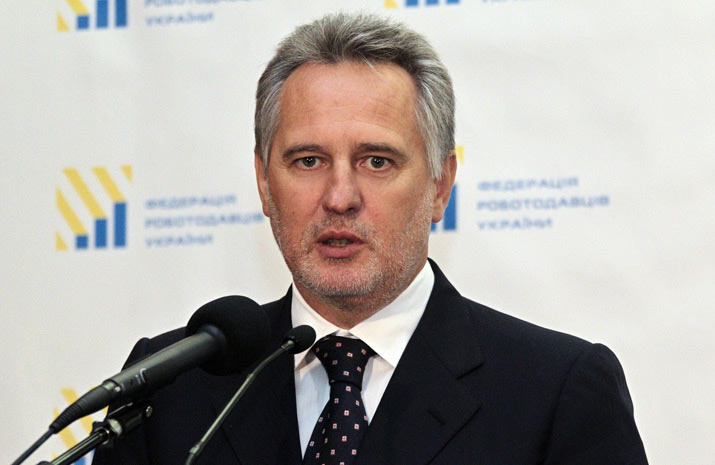 26 November 2012 Federation of Employers of Ukraine Promotion of Enterprise

Economy of Ukraine may recover from the crisis effects as long as business is capable of producing impact on key decisions in the national economic policy. This was a keynote of the speech that Mr. Dmitry Firtash, President of the Federation of Employers of Ukraine delivered at the meeting of the International Coordination Council of Employers’ Organizations focused on approaches to enhancing the employers’ role in the modern world.

Dmitry Firtash underlined the continuously growing role of private business generating a major proportion of the global GDP and being the major taxpayer and employer. However, against the backdrop of this high responsibility business is virtually fenced from leverages of impact on the governmental economic policies.

“It is critical for the society to secure a good balance between the business’ responsibility and its rights and ability to influence economic decision making. Employers, after all, are pragmatic people driven by economic rather than social considerations. Otherwise, the society would have fallen victim of populist decisions. In many respects, the current crisis is exactly a result of such decisions,” emphasized Mr. Firtash.

The FEU President maintains that curbing the crisis is only possible inasmuch as governments will turn their faces to real sectors recovery. “National governments must be committed to promoting enterprise and to raising investments into their countries. Unless these policies are coordinated with the business community, no positive results may be attained,” said Mr. Firtash.

According to him, these issues will be a subject of discussion at the Congress of the Federation of Employers of Ukraine to take place on November 27 in Kiev. The forum will be attended by Prime Minister Azarov and a number of senior governmental officials.

Another speaker at the session, Mr. Alexander Murychev, Vice-president of the Russian Union of Industrialists and Entrepreneurs, pointed out that in Russia it is precisely the intensive government-to-business cooperation that underpins the national economy growth. “In Russia, no document related to business operation makes it to the government’s or parliament’s review without the RUIE approval. If the document meets with our criticism, it will not be discussed,” explained Mr. Murychev.

The RUIE believes that the shared understanding of the country’s development goals by the government and business community safeguards its economic growth despite the serious economic downturn globally. “There are indeed very grave economic problems out there and their outcomes are difficult to project. The 2008 crisis developed into a crisis of sovereign debts of a number of countries. We have been watching this situation with a good deal of concern and we can observe that so far it has stuck in a dead end,” commented Mr. Murychev.

Vitalijs Gavrilovs, President of the Confederation of Employers of Latvia indicated that owing to the close public-private sector cooperation, Latvia managed to tame the crisis in three years turning it into the growth trend. “In 2009, Latvia’s GDP dropped 18 percent. We have been through the situation in which Greece has found itself today. Because we were able to influence the state economic policy, Latvia is on the rise today,” stressed Mr. Gavrilovs.

“The role of business has changed dramatically. Without interfering with the policy-making we still can make difference in the approval of economic decisions. Latvian employers have turned down working with the government’s advisory bodies insisting instead on organizing real cooperation with the government’s senior officials. We have implemented complex reforms triggering the recurrence of growth of our national economy,” said the President of Latvian Confederation of Employers adding that at this time the government in close conjunction with the business community is drafting a three-year plan of the nation’s economic development.