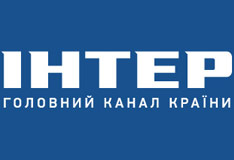 Commenting on this acquisition, Dmitry Firtash said: “We first discussed the idea of acquiring INTER with Sergey Levochkin back in 2006. That was also when we first discussed it with the owner of the channel. Since that time, we went through a series of negotiations, and I’m happy that we have finally reached an agreement on this deal”.

Dmitry Firtash emphasized that he sees a great potential for growth in the television industry and aims to develop an effective media business. “I am committed to developing this television group in line with the highest international standards. The development of a media company of this scale will lead to the development of Ukraine’s television industry in general.” Mr Firtash stressed that one of the strategic priorities for INTER is to develop its own production capacity. “It is the stance that I take as a business owner and an employer. Our own production will accelerate the development of Ukraine’s television market in general, and will create new jobs”, added Mr Firtash.

Group DF is a diversified international group of companies, operating in a number of countries across Europe and Asia. Our core areas of operations are fertilizer and titanium businesses, gas distribution and banking. Other businesses of the Group currently include agribusiness, production of soda ash, energy infrastructure development and real estate.

Group DF Consolidated 100% of the Shares In ‘INTER CHANNEL’