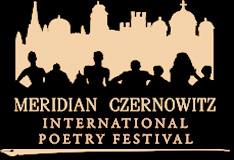 Group DF owned by Mr. Dmitry Firtash has become the Sponsorship of Meridian Czernowitz Poetry Festival. In a relatively short period of time, the event is one of major cultural highlights not only in Ukraine but also across the whole of Europe. Every year, poets, writers, playwrights, artists, musicians, translators from more than 10 countries arrive to participate in Meridian Czernowitz.

During three days, over 30 Festival sites scattered across the city offered its guests a variety of poetic readings, discussions and lectures, as well as alternative and avant-garde musical and poetry performances and video-installations. An exhibition of kinetic sculptures “Kinetic Lyrics” became another remarkable feature of the Festival.

The forum also offered an opportunity to present two joint Ukrainian-European publishing projects and a new novel by one of Ukraine’s most popular writers Yuriy Andrukhovych “The Lexicon of Intimate Cities” prepared for publication with participation of Meridian Czernowitz.

In addition to Group DF, other co-organizers of the Festival included the Ministry of Culture and Tourism of Ukraine, Chernivtsi City Council, Embassies of participating countries. Also, organizational support was provided by the German Cultural Center “Goethe-Institute”, the Polish Institute and a number of other organizations and foundations.

Sviatoslav Pomerantsev expressed his appreciation to all the partners who helped make it happen. “I want to thank everyone, and especially – Mr. Firtash’s Group DF. Dmitry Firtash has been contributing immensely into Ukrainian culture development. I am aware of his Ukrainian Catholic University Support Project, the Ukrainian Studies Program at Cambridge. I think it is an example that should be followed by many others.”