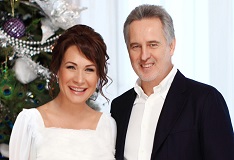 The winners of the international folklore-ethnographic festival “Malanka-Fest 2014” were determined in Chernivtsi. The carnival was attended by about 42 troupes counting over 1,500 performers from all over Ukraine, Moldova and Romania.

For the second year in a row, thanks to the FIRTASH Foundation erectors Dmitry and Lada Firtash the prize fund of the festival totaled in 100 thousand UAH.

There was also a prize for the most original dressing. Traditionally the FIRTASH Foundation charity awarded every troupe of Malanka performers – all registered participants of the festival received an award in the amount of UAH 4000.