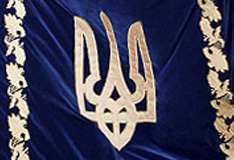 26 January 2011 Council of Investors Under The President of Ukraine

The Council is chaired by the President, and its membership consists, subject to agreement, of 29 Ukrainian and foreign investors and entrepreneurs with the global acclaim. In particular, invitations to join the Council were given to Mr. Dmitry Firtash, Chairman of the Board of Group DF; Mr. Rinat Akhmetov, founder of System Capital Management; Mr. Vyacheslav Boguslayev, Chairman of the Board of Motor-Sich Corporation; Mr. Victor Pinchuk, founder of the international consulting group East-One, and others.

As per the Decree of the President of Ukraine of 1 September 2010, the Council of Domestic and Foreign Investors is an advisory authority under the President of Ukraine. Its formation pursues the objective of promoting the attraction and effective utilization of domestic and foreign investments with an eye on Ukrainian economy integration in the European and global economic systems. The Council is tasked with a cardinal mission of making proposals to the end of improvement of Ukraine’s investment climate and creation of business-friendly conditions for the operation of the existing and attraction of new domestic and foreign investors. 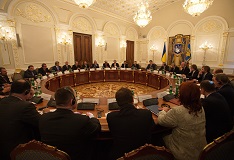 “Ukraine features an unmatched capacity, primarily territorial and natural one. The country can become a new center of Europe’s economic growth if its investment potential is realized,” commented Mr. Firtash