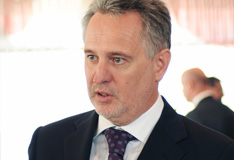 Mr. Dmitry Firtash, Head of the Board of Directors of Group DF urges city-forming enterprises and large businesses to help communities they are based in. Mr. Firtash, being also Head of the Joint Employers Movement of Ukraine, made this comment during his meeting with Mr. Sergey Tulub, Chairman of Cherkassy Regional State Administration, and Mr. Sergey Odarych, the Mayor of Cherkassy.

“Corporations must play an active role in the development of communities hosting them. In addition to paying taxes, the ad hoc, purpose-specific support to municipalities is equally important. Such kinds of support work very effectively. It is critical for people to see tangible results, to see their cities change, to see their lives improve,” argued Mr. Firtash.

In his conversation with Cherkassy Governor, Mr. Firtash informed that Cherkassy ‘Azot’ plant he controls will finance the remodeling of the “People’s Friendship” Culture Club, as well as the square and fountain in front of the Culture Club. Further, the plant will provide financial assistance to the orphanage in the city of Smila and to the pediatric ward of Cherkassy Inpatient Cancer Treatment Center.

In May 2011, Mr. Firtash initiated a comprehensive project of municipal infrastructure improvement of Severodonetsk, the city being home of Severodonetsk “Azot” plant Mr. Firtash controls. As part of this project, the trolleybuses park is being completely renewed and a major effort of Ice Palace refurbishment has been launched.