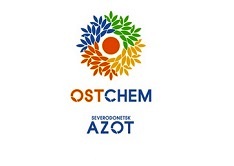 3 Mrach 2015 Federation of Employers of Ukraine

Representatives of France, Germany and the UK have endorsed the proposal jointly moved forward by the Federation of Employers of Ukraine and trade unions of Ukraine to set up the Agency for the Modernization of Ukraine. In 200 days, the Agency will present a clear and comprehensive Ukraine modernization action plan. As a result of the Ukraine Tomorrow forum held in Vienna, the declaration speaking about the Agency foundation was signed by Mr. Reiner Lindner, Head of the German-Ukrainian Parliamentary Group; Mr. Karl-Georg Wellmann, a Bundestag Member; Mr. Bernard-Henry Lévy, French public activist, writer and philosopher; and Lord Risby, British MP. The modernization plan will be being drafted by eight renown European politicians and business people leading various facets of Ukraine’s Euro-integration including health care, finance and taxation, economy, trade, constitutional and legal reform, anti-corruption and law enforcement.

The Forum’s final declaration states that “the Program will include key provisions of critical significance for Ukraine’s future: the constitutional, legal and state institutions reform, integration with the European Union, combatting corruption, financial sector and state government systems improvement, economy, trade and health care modernization. As reforms start to be implemented, the Ukrainian Restoration Fund will be set up to uphold the sustainable development of the economy and infrastructure.”

The Agency was established following 9 months of the FEU’s cooperation with Europe’s leading experts and business people. Last year, Vienna hosted two roundtables identifying major hurdles for instilling sustainable peace in Ukraine and for resuming its economic advancement. The declaration of the Ukraine Tomorrow forum highlights the role of preceding Vienna-based roundtables sponsored by the Federation of Employers of Ukraine: “Numerous proposals from the previous roundtables focused on the constitutional reform, decentralization, economic policy and foreign trade with the EU and the Eurasian Economic Union were eventually reflected in the Minsk negotiations. The Ukrainian civil society widely welcomed the Vienna process.

The FEU and trade unions of Ukraine proposed to set up the Agency for the Modernization of Ukraine in order to continue and institutionalize the reformation efforts of the Vienna roundtables participants,” notes the Ukraine Tomorrow’s final document.

Mr. Dmitry Firtash, the FEU President, pointed out that in parallel to the Modernization Agency, the Ukraine reconstruction Fund would be established. “While the plan is being drawn up, we will be simultaneously pursuing discussions with investors giving due account to their interests and expectations. We are looking to raise some $300 bn. This is the estimated amount needed for the comprehensive quality reconstruction of the Ukrainian economy. What is important is that this money will be channeled into business and specific projects and we will be able to see their efficiency at once,” added Mr. Firtash.

The declaration signed by German, French and British representatives also states that Russia with its deep historic and cultural ties to Ukraine has always remained Europe’s most important neighbor. “For this reason, the Agency initiators wish to make their contribution into the normalization of relations with this country. The first Vienna’s roundtable has declared that the situation in Ukraine and reforms in this country are in the EU’s and Russia’s common interest. Achieving Ukraine’s sustainable and successful economic development, in turn, requires close cooperation with both economic zones – the EU and the Eurasian Economic Union,” says the document.

Karl-Georg Wellmann, a Bundestag member chairing the German-Ukrainian Parliamentary Group introduced the experts to draft the Ukraine modernization plan. The European integration work stream will be led by Gunther Verheugen, European Commissioner for the EU Enlargement in 1999-2004. The finance and taxation will be a responsibility of Peer Steinbrück, the architect of the Euro protection program during the 2008 economic crisis. The economic priorities will be under the guidance of Mme. Laurence Parisot, one of the most influential women in France and an ex-President of MEDEF (French Employers Association) in 2005-2013. Trade affairs will belong to the jurisdiction of Lord Mandelson who used to work with Tony Blair’s and Gordon Brown’s governments later serving as the European Commissioner for Trade. Rupert Scholtz will head the constitutional reform work stream and anti-corruption activities will be elaborated under the guidance of Włodzimierz Cimoszewicz serving as the Prime Minister of Poland in 1996-1997 and after that, in his capacity of the Foreign Minister of Poland (2001-2005), he signed the Agreement on Polish accession to the EU. The law enforcement-related proposals will be supervised by Lord McDonald who served as the Prosecutor General of England and Wales in 2003 – 2008. Health care proposals will be devised under the leadership of Bernard Couchner – ex-Foreign Minister of France and founder of the international organization “Doctors Without Borders”.